March Recap 2018
Hello everyone, Luna here,
first off, I'm sorry for the bad joke, and yes, it was indeed an April fools joke. we'd rather sell our souls to the devil than sell out...

Anyway, here's the ACTUAL march update so lets get started~

New & Old faces
So, last time, I mentioned a old guy joining the team,
joining us are:

Finn (no not the cartoon character)
Finn is one of our new 3D artists, working directly under Darky, Finn's main job is making smaller props for 107 central giving Darky more time to work on things. some work from finn so far:

After that, we have TzickyT joining the programming team,
during the test Tzicky has shown potential in becoming a good programmer, as such, he's been tasked with working on the player movement, stuff like running, jumping, sliding, running and jumping, and god forbid... crouching! are all the horrors he'll have to deal with. I'm hoping to see great things from him.

Following him, we have a new old face, Commy Peter,
joining at the beginning of this month, you might be forgiven thinking we already covered him, but we're still talking about March, so he HAS to be included.
After some back and forward, we've decided to assign Peter to work on the multiplayer aspects of the project, primarily the login system, the lobby system, friends lists, etc.

107 Central
Darky, Finn and I have been hard at work on 107 central this month,
Darky has been focusing on the overall buildings and all that making this overview picture possible:

This should give you a clear picture of the sheer scale of everything, and how big our vision is for 107 central.

You might be thinking "That looks massive, why is it so big, how can you fill all those places?"
the answer to that is two part, the reason its this big, is so we can add things to the social space later on, without being limited by the existing buildings, additionally, which is the second answer, we won't have to populate every building, we can add things at a later date without much hassle.

some other stuff Darky's been making:

Meanwhile, Finn has been working on the finer details and elements I need for the thing I'll be working on this upcoming month (I might show videos when its working~)
some of finn's work in the few days he's been on the team: 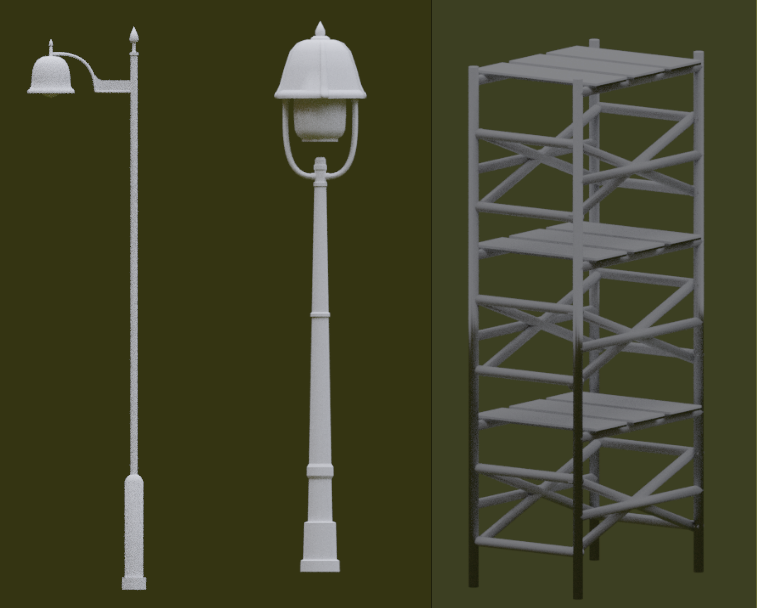 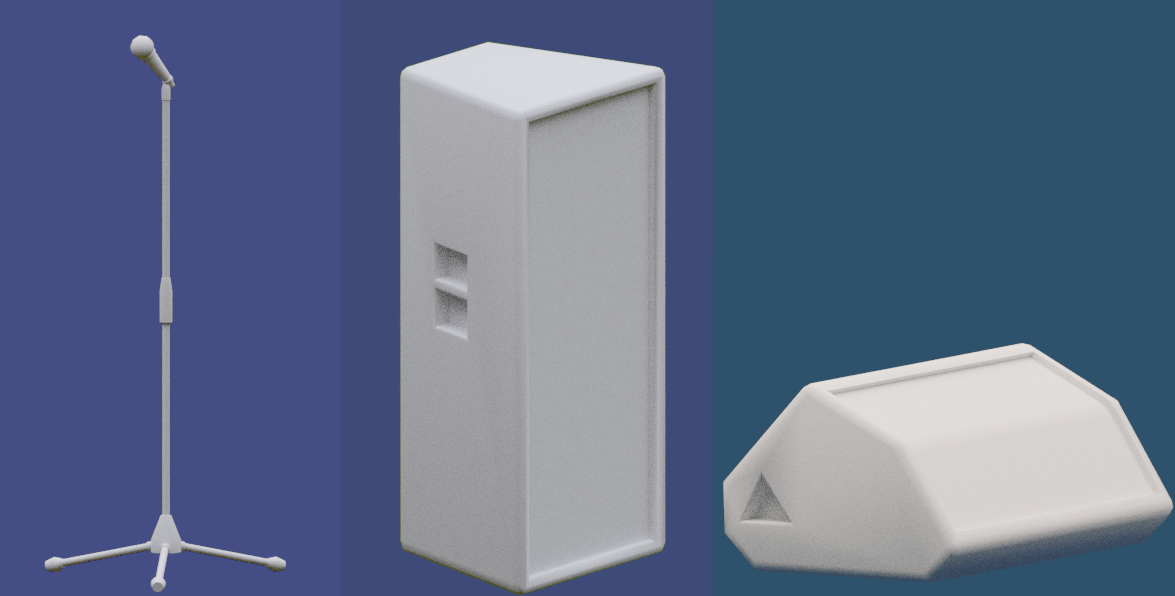 And in the meantime, I've been experimenting in-engine with different lighting styles, seeing what kind of interesting things I can pull off: 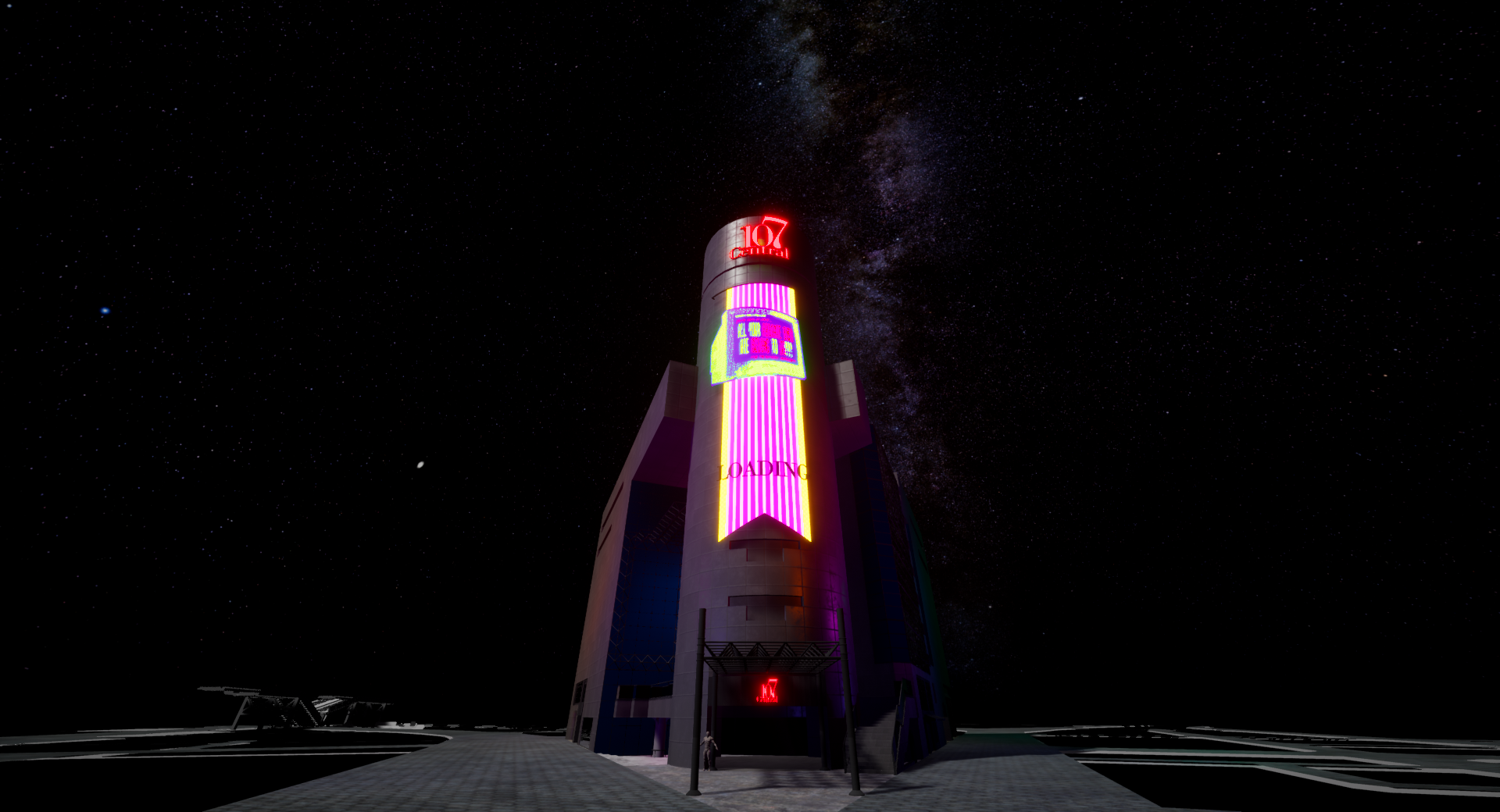 (Note, all these images are in-engine snapshots, no alteration or pre-rendering has been used)

Tzicky,
has been assigned to work on player movement, stuff like running, jumping and god forbid being able to parkour around 107 central! the horror this kid has to deal with!

Ameer,
in typical ameer fashion, is working on the car mechanics, such as drifting and making sure it all syncs up with clients.

CommyPeter,
has been assigned to work on the core elements of this summer's prototype, stuff like logging in, lobby systems, player -> server connection and inventory systems are all part of the job for him.

Luna,
Something special/cool that hopefully will be done by the end of this month and can be recorded in a video.

Not trying to be negative (just constructive criticism) kinda felt like half an update, seeing more people on the team and working on 3d models is great! But, would be nice to hear about a lil more

Who wants a complete highways and railways when you can have an incomplete or broken ones?

This is looking great, can't wait for it to be released!
Keep up the great work guys!

Well guys, glad to hear that more and more ppl are working on this project.
I like the monthly updates, keep up the great work. It looks really cool ^^

How about shipping eith sweet fx?

Hello Folks. Its Annily and here to say thank you all for beign part of Nekrova Phoenix..

Thanks to everyone for showing interest in this project at this very early stage (1) -- there'll be lots of more to showcase later on from the development progress of Project Phoenix.

I like the name Project Phoenix, as the name fits well.
Mythology tells the story of the Phoenix; a powerful bird that at certain intervals will build a nest and sit in it as it is consumed by flames. Out of the ashes the Phoenix is reborn to once again to grow in strength and wisdom.

Blakeinstein said:
I like the name Project Phoenix, as the name fits well.
Mythology tells the story of the Phoenix; a powerful bird that at certain intervals will build a nest and sit in it as it is consumed by flames. Out of the ashes the Phoenix is reborn to once again to grow in strength and wisdom.
Click to expand...

@Blakeinstein
The title name 'Project Phoenix' is not having a meaning behind it, it's a placeholder until the game is ready to roll out.
Nekrova will not be using the name Project Phoenix neither Phoenix Project for the final game.

Tarzore said:
@Blakeinstein
The title name 'Project Phoenix' is not having a meaning behind it, it's a placeholder until the game is ready to roll out.
Nekrova will not be using the name Project Phoenix neither Phoenix Project for the final game.

I know it is just a project name kinda like the project name for the consoles. I just am surprised of the resemblance

I bid you all good luck in all your endeavors.

This looks exciting! I love seeing 3d art! Not that i'd hate anything else, though!